Don't miss Blacko Open Gardens on Saturday, 2nd July, when there will be an opportunity to view several of Blacko's gardens (and allotments) and enjoy added attractions, such as plant sales, a barbeque lunch and afternoon tea.  A full programme will be available soon. More details

A (very) loose affiliation of like minds. Determined to cultivate some kind of plant life on West facing slopes at 700ft above sea level (and in some cases higher) in the north of England.  Can be seen occasionally shuffling through the wind, snow, sleet, hail and rain on their way to investigate the possibility of any foliage sighted nearby.  Despite its everyday name of Blacko Allotment Society it is not and never has been solely of interest to and for the convenience of those who have an allotment in the village.  Anyone who is determined to exercise the greenery of their fingers by gardening, be it in bags, boxes, pots, containers, gardens or allotments, may find its existence of interest.

Its Committee i.e. those who did not run fast enough at the annual general meeting, get together regularly to discuss issues, improvements and generally chat (sometimes even about gardening).

The majority of issues discussed by the committee members and the main point of contact for members of the society centres on the ‘shop’ more commonly referred to as ‘th’ut’. This is a small, one might say ‘bijou’ establishment on Beverley Road close by said allotments.  It is here that between April and the end of August various members of the society (some of them are even volunteers!) sit in the warm dappled sunlight on Sunday mornings reading their newspaper and dispensing humour, wisdom and various gardening necessities to anyone from the local environs who might perhaps find themselves short of a little sulphate of ammonia, composted chicken pellets, plant invigorator or potting compost at most competitive prices. In order to qualify for membership cultivation of an allotment is NOT a requirement.  However for a joining fee of £2 and an annual subscription thereafter of £1 anyone can become a member and enjoy the benefits.

Until recently the society held an annual show in the chapel hall for the display of foodstuffs, handicrafts, artwork and of course fruit and veg.  This has now become part of the Annual Sports Day celebrations held on the `Rec’ at the beginning of September.

Anyone wishing for further information on the above, the hut is open from the 3rd April this year and if you wake up the person under the newspaper in the deckchair they will no doubt fill you in... on what you wish to know. 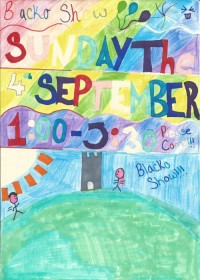 Mother and baby activities
by Cheryl Reynolds over a year ago

Blacko & Higherford Bus Services Could be Axed!
by Richard Kenyon over a year ago

Pictures Needed
by webmaster over a year ago

Oil Co-operative
by webmaster over a year ago
More...

Who lived in Blacko ?